Brendan Hoffman will take office on Sept. 8 as the new president of Wolverine Worldwide, the company announced earlier this week. Hoffman will then also join the company’s board of directors. 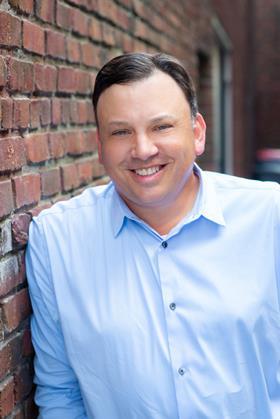 The omni-channel retail specialist brings 30 years of experience in merchandising, digital marketing and direct-to-consumer advertising from a wide range of well-known brands and retailers. Most recently, he was chief executive of Vince Holding Corp, a publicly traded global contemporary fashion brand. During his time at Vince, Hoffman significantly increased the growth and penetration of e-commerce and digital platforms, aligned Vince’s vertical supply chain with “Buy Now/Wear Now” trends, and expanded the brand into new, bold consumer categories. Prior to joining Vince in 2015, Hoffman was at the helm of Bon-Ton Stores, Inc. and president and CEO of Lord & Taylor LLC. Earlier in his career, he was responsible for Neiman Marcus Direct, where he helped grow Neimanmarcus.com and launched Bergdorfgoodman.com, Horchow.com and other branded websites, making Neiman Marcus and its affiliates one of the first multichannel retailers with a $500 million e-commerce business.

In his role as president of Wolverine Woldwide, Hoffman will focus on driving growth across the company’s portfolio of lifestyle brands, including Merrell, Saucony, Keds, Cat Footwear and others. The key leaders responsible for Wolverine Worldwide’s brands, digital execution, advanced concepts and innovation, consumer insights and merchandising, including Jim Zwiers, Chris Hufnagel, Joelle Grunberg, Tom Kennedy and Angelo Ng, will report to Hoffman. Hoffman himself will report to Blake W. Krueger, the current chairman, chief executive and president of the company. It is expected that after a certain period of time, Hoffmann will move on to become the future CEO of Wolverine Worldwide.